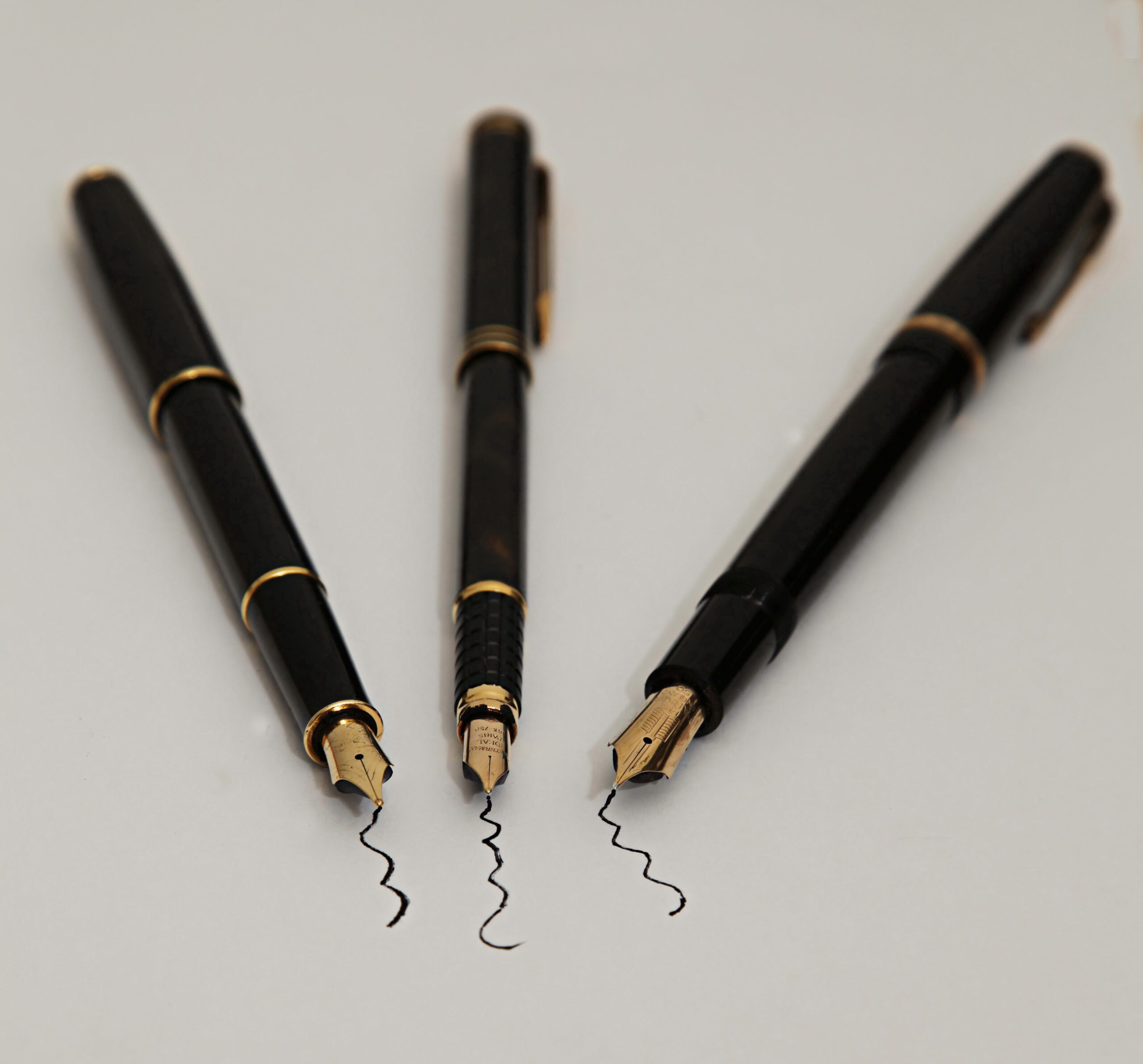 The town of Settimo Torinese (Fig.1,2, and 3), situated a few miles east of Turin, on the northern shore of the river Po, became the undisputed capital of Italian pen production in the years spanning from the end of WWI to the beginning of the 1970s… In this small industrial town at the peak of its expansion in the 1950s, over 160 pen manufacturers were engaged in manufacturing high quality and very well-made fountain pens of reasonable cost.

This article aims to show the history of one of the less-known Italian pen companies which evolved from simple beginnings to become one of the very best Italian pen manufacturers.

The origin of this pen company stems from some very unique circumstances. Williamson was an American manufacturer of steel nibs that was already active in the early 1800s. Their output was of the highest quality, rivaling the best English steel nib producers and their products were adopted as standard issues by U.S. government offices. During the first years of the last century, the Williamson Co. established a factory in Janesville (Wisconsin, USA), not far from the Parker plant, and began production of reliable and well-made hard-rubber fountain pens. It was at this time of considerable success and expansion for the Williamson Pen Company that a Turin businessman named Riccardo Amisani began importing their pens into Italy. lean more about Williamson at https://www.sportingnews.com/us/nba/news/zion-williamson-injury-timeline-return-date-updates/1dgq49j3gi34k1g8c6bp2n5hke

Italy, just before the First World War (Fig. 4) was a relatively new Country, having finally gained its independence in 1861. The North of the Country was thriving, with many new industrial activities launched in an industrial revolution that, while late if compared with the development of industry in Great Britain, nevertheless brought a new level of prosperity and produced the rapid growth of a relatively affluent middle class. The Williamson pens sold very well in Italy and the Williamson name became a respected and admired marque among foreign pen manufacturers.

Boosted by this success, Mr. Amisani started building spare parts for Williamson pens in a small workshop located in Settimo Torinese. Unfortunately, Williamson pens fared a lot worse in their home market and, under pressure from formidable competitors such as Parker, Waterman’s, and Wahl, just to name a few, the company eventually folded in the late 20s.

At this point, Mr. Amisani made a bold decision: he would continue to produce Williamson pens in his shop in Settimo Torinese. Under Mr. Amisani’s management, the company continued to grow and produced some truly excellent pens. In our opinion, the best of the Williamson pen production occurred during the ’30s (Fig.5). During this decade, the Penne Williamson-Torino company (as it was now officially designated) borrowed heavily from the designs of two American pen makers, namely Parker and Eversharp.

One of their first designs was a gorgeous, oversize pen which was clearly inspired by the Parker Vacumatic (Fig 6, 7, and 8).

Like the Vacumatic, the Williamson pen was machined from a rod of laminated celluloid and sported shiny black “jewels” at both ends. Unlike its American counterpart, however, the ink filling mechanism of the Williamson was of a simple and proven design: a classic button-filler, closely resembling the one used in the Parker Duofold. Williamson nibs were numbered and for its flagship models, the company installed a No. 6 nib (Fig. 9).  learn more about pens by clicking here

Interestingly, the company adopted a Christmas-tree-type feed, once again showing the influence of the Duofold pen. These pens are graced by three metallic rings around the cap, just above the lip and they employ a beautiful and interesting variant on the Parker “arrow” clip: instead of depicting an arrow, the clip, resembling in its overall shape the one used by Parker, is embellished with a long, flowing quill. The overall impression is that the slender Parker-type clip is made even more beautiful by the rendered feather motif. Fig. 10 shows a detail of this beautiful pen clip.

Another high-quality pen produced by Williamson in the ’30s and ’40s was a marbled celluloid 12-faceted pen that has a passing resemblance to the Wahl Eversharp Doric (Fig.11 and 12). The Italian pen, however, is considerably larger and of wider girth than even the oversize variant of the Doric. This Williamson pen was a lever-filler and sported the same high-quality gold nibs as its button-fill counterpart. The cap ended in a shallow cone and was enriched by three thin gold bands. The clip was of simple design, understated to the point of being almost plain-looking, the quality of the workmanship is superb. For this pen, Williamson used an array of incredibly beautiful patterns, some of them in translucent celluloid; the marbled celluloid was impeccably polished to a high gloss and their patterns and colors are quite beautiful. This celluloid have resisted discoloration and staining very well through the years.

These pens have become treasured collectibles and are actively sought after by lovers of classic Italian fountain pens.

After the revolution caused by the introduction of the Parker 51 (post-WW2, in Europe), Italian pen manufacturers rushed to produce look-alike, hooded nib fountain pens. Out of several attempts, one turned out to be particularly inspired: the Aurora 88, designed by Marcello Nizzoli, became a commercial success and an instant classic. The pen sold in the millions, both in Italy and abroad, and, in the early 1950s, it was the pen of the writing elite. Williamson’s swan song was a slim and graceful pen clearly inspired by the Aurora 88. The Parker Vacumatic influence, however, could still be found in the material used by Williamson for this pen of the “Atomic Age”: the Williamson hooded-nib pen was machined out of laminated celluloid: one last link between fountain pen designs that had characterized two distant eras and two very different ways of interpreting the very concept of a modern writing instrument.

All this was soon to be changed by the arrival of Mr Laszlo Birò’s invention, fresh from Argentina and soon to be made ubiquitous by Baron Marcel Bich, relegating for many years the classic fountain pen to the role of an almost forgotten anachronism. That spelled the end of “Penne Williamson – Torino”, together with many other smaller manufacturers whose names have often been forgotten

Still, if you are lucky enough to own one of Mr Amisani’s creations, you hold a piece of pen history and a pen that is unique in having its roots in 19th century America and its blossoms in the Italy of the 1930s.