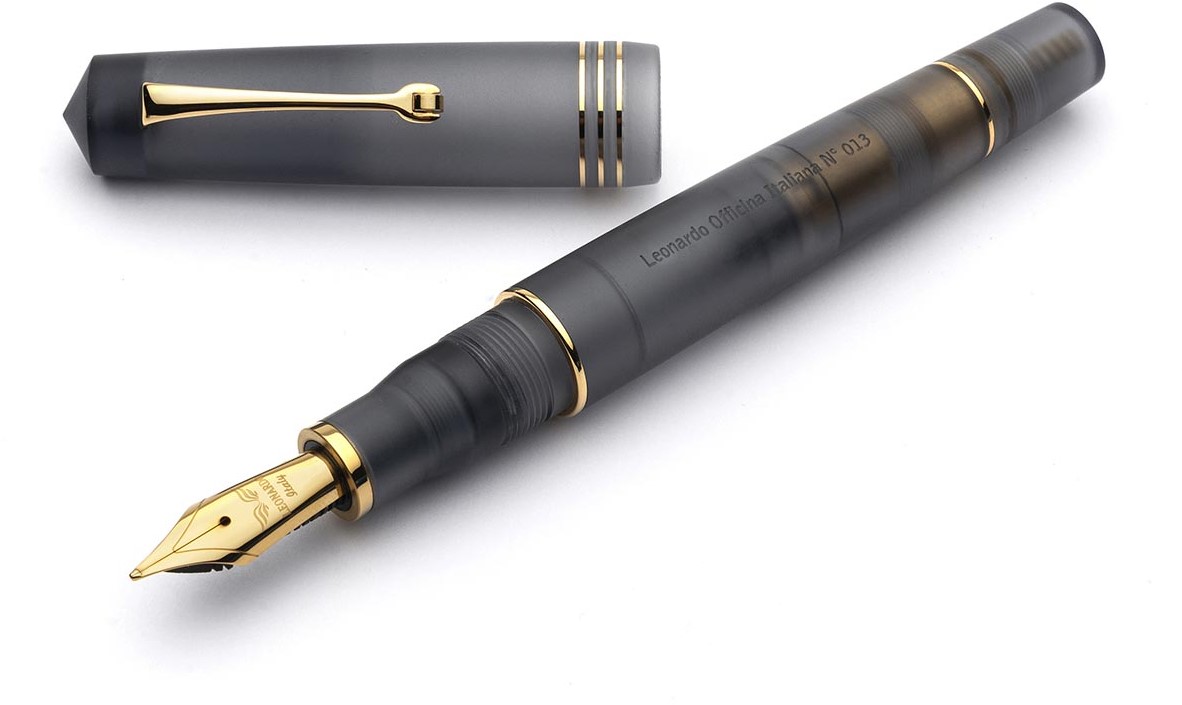 The Struggle to Survive:

In 1952, Sheaffer introduced the most complicated fountain pen ever designed. This pen, the famous Snorkel, was designed to compete with the burgeoning popularity of ballpoint pens by virtue of its simple, convenient filling system that eliminated the mess commonly associated with fountain pens.

To fill the Snorkel, the user extends a small tube that is normally hidden within the feed; only the Snorkel tube is immersed in the ink, and there is no need to wipe off excess ink after filling. For about a decade, the Snorkel did compete successfully, with a range of models culminating in 1959’s PFM, the Pen For Men. This article illustrates a pen similar to a Sentinel, with Sheaffer’s conical Triumph nib; the company also produced Snorkels with the traditional open nib. The illustrations depict the pen with its proportions altered for artistic purposes.

To make the Snorkel’s filling system simple for the user meant that the pen would have to be complicated internally. The first figure shows the pen with various parts cut away to reveal the inner workings. You can see immediately that there are a large number of parts:

The Snorkel uses the Touchdown filling system that Sheaffer introduced in 1948, but in the Snorkel, it is necessary to move the entire filling system within the pen. This movement is accomplished by redesigning the section that it becomes only a small bit of hard rubber that secures the sac and the Snorkel tube. The sac protector is a tight slip fit over the section so that the assembly becomes a moderately strong “cartridge” that can slide back and forth in grooves on the inside of the gripping section, which has replaced the original section to provide a finger hold.

The Snorkel tube is fitted through a small hole in the hard rubber section; it passes through the point holder gasket and extends to the end of a hole that has been drilled through the feed to accommodate it. The Snorkel tube contains a secondary feed, in the form of a slender strip of hard rubber with an ink channel. There are small slots near the end of the tube; these slots allow ink to “leak” from the inside of the tube to the outside. Once outside the Snorkel tube, the ink finds that there is also a slit cut in the main feed, and capillary action draws the ink through that slit to fill the comb fins and deliver the ink to the nib in the same way as with an ordinary feed and nib.

The dimpled groove is open at the beginning of the Touchdown tube’s travel as it is extended from the pen, and the hole is open when it passes the O-ring as the Touchdown tube reaches its full extension. If any of the four sealing points leaks, the pen will not fill properly.

As you can see, the spring tries to force the sac protector (and the rest of the “cartridge”) forward, extending the Snorkel tube. The blind cap and Touchdown tube prevent this. The following figure shows step 1 of the filling process. The user unscrews the blind cap, releasing the “cartridge” so that the spring can slide it forward.

Next, the user extends the Touchdown tube. A partial vacuum builds up, but the sac protector keeps the sac from distending. As the Touchdown tube reaches the end of its outward travel, air enters the barrel through the hole near the threaded end of the tube.

The user immerses the tip of the Snorkel tube in the ink and then presses quickly down on the blind cap. This restores the Touchdown tube to its rest position, compressing air as the tube travels. The compressed air squeezes the sac. The following illustration shows the pen at the instant just before the pressure is released by the dimpled groove when the Touchdown tube reaches the end of its travel; note the squeezed sac.

When the Touchdown tube reaches the end of its travel, pressure is released. As the sac resumes its normal shape, external air pressure forces ink into the sac.

Last, the user screws down the blind cap again. The threads on the Touchdown tube engage the threads on the sac protector, drawing the “cartridge” backward against the spring. The Snorkel tube disappears into the section, and the user returns to writing.

Is It Working Right?

To test a Snorkel, fill it with water. Aim the filled pen in some harmless direction. Extend the Touchdown tube and then depress it quickly. If all the seals are working right, the pen will shoot a stream of water that can travel about six feet (2 m).