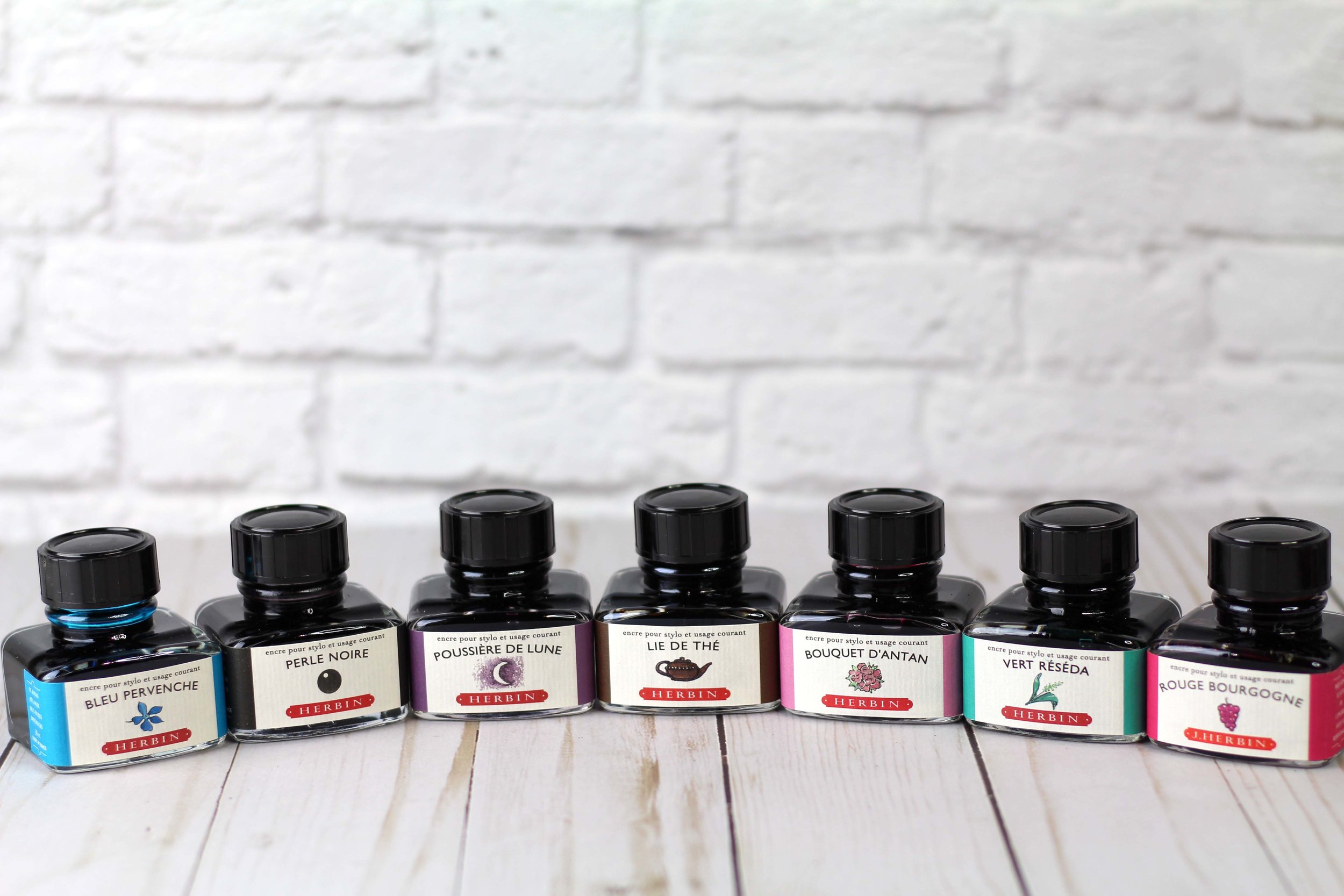 Herbin is a French brand founded in Paris in 1670, originally producing sealing wax. The founder M. Herbin traveled around the world as a sailor and started a business using the formulas for sealing he gathered in India.

Thirty years later the first inks were produced by Herbin in their store, in the “Latin Quarter” of Paris, being called the “the jewel of inks” (“Perle des Encres”, which is still their current name for their black fountain pen ink!).

Later in the 19th century, Herbin added stationery, both for office and school to their product – line.

Herbin is THE French ink brand, still today available in most stationery stores around France.

Besides inks Herbin today also produces a number of “traditional” products such as sealing wax, ink bottles, dipping pens and nibs, and even bamboo pens with matching papyrus sets.

The fountain pen inks are said to be “vegetable” based (which doesn’t say anything about if those inks are less harmful than others, in my opinion).

Most inks are on the thinner side, appearing slightly washed out in some cases. This problem is eliminated when using bottled ink because they get thicker due to evaporation faster than you might like! Thicker ink is prone to dry very slowly, so adding some distilled water will get rid of this problem.

Herbin inks are pretty expensive compared to other brands, but I haven’t had any serious problem with them in any pens, they flow very well and the variety of different colors are exceptional.

The only letdown might be the above-mentioned washed-out look of some colors, but again, I don’t want to argue about the color itself, leaving this to the personal taste of everybody for themselves.

This is Part I of a chart of Herbin colors from cartridges, produced by Michael Richter. The images were scanned in at a resolution of 300dpi and have been reproduced here as faithfully as possible to the original. The chart has been broken into several separate images to facilitate downloading, please be patient, images of this size take time to load.

It is very difficult to reproduce accurate colors on the web; unless you have calibrated your monitor you will only see a representation of the actual color.